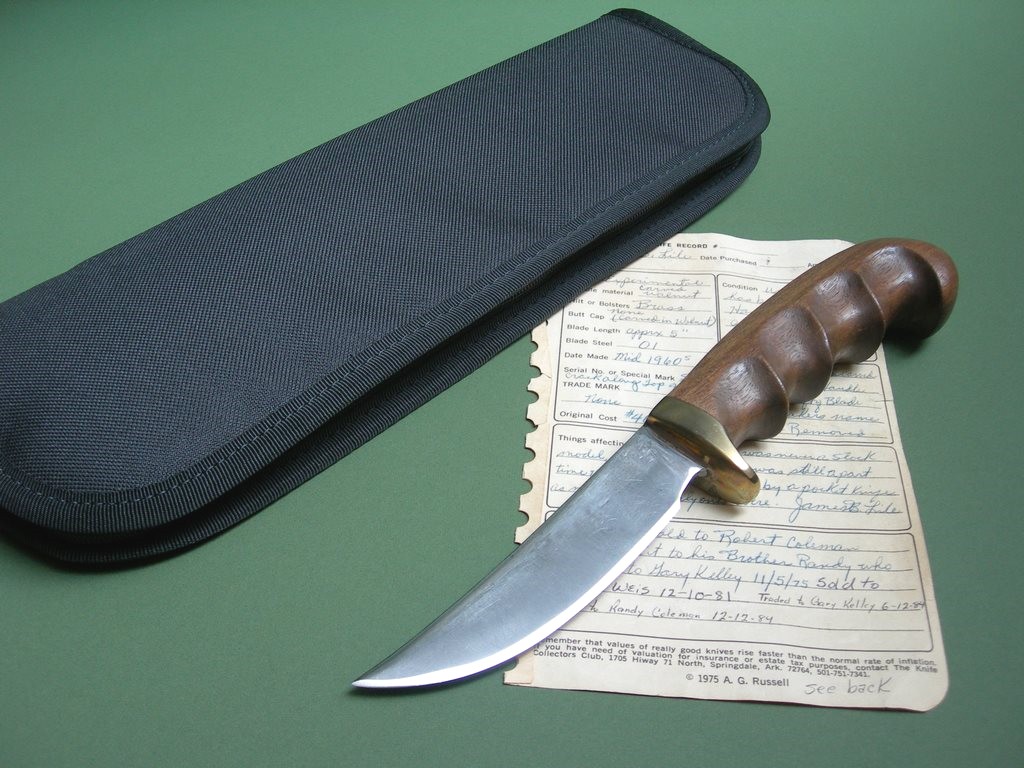 Note: the knife record indicates there was a sheath with the knife at some point but it arrived without a sheath when rec’d from the estate of the late Tom Clinton. But fear not! I have a “Lile Knives” stamped model 2-5 sheath that fits this knife perfectly and I will include it in the sale. If you need photos of the sheath, email me and I’ll send you a couple of photos.

The history and ownership trail of this knife is all over the board, it was given / traded / sold several times as mentioned and noted by both Marilyn and Jimmy in the included “knife record”. From what I can ascertain, it made it’s way back in to the Lile showroom in 1996. From there... to the late Tom Clinton and then to me.

Jimmy said he made this when he was a part time maker
Mid 1960’s experimental model
Hand carved walnut (with a pocket knife!)
Maker’s script signature removed at some point
The only Lile knife “knife record” I’ve ever seen

7 photos for review – as shown, a new black canvas carry case is included. I’ve no clue what this knife is actually worth but just based on historical purposes and the attached record it’s got to be worth more than my asking. (the sheath I’m including is worth $100!) So, if you’re after a rare Lile knife that you can use and carry and smile knowing that Jimmy hand carved the handle himself... this is the one. Thanks and good luck